In 1997, Christian de Portzamparc won the international architectural competition organized by the Grand Duchy of Luxembourg for a new philharmonic concert hall on the Kirchberg Plateau of Luxembourg City.

When viewed from outside, the walls of the philharmonic concert hall are enlightened by a game of light and shadow alternating from transparent to opaque

“It is a filter formed by slender columns in variable geometric groups which changes according to the different viewpoints and the different light.

This clear rhythm of slender verticals makes the continuous façade of the Philharmonic Hall like a white web. It also evokes the image of a “penetrable”, as a homage to the artist Soto, and also the vertical anamorphosis of a classical peristyle – an ancient colonnade that Giacometti would have contemplated.”

The glazed peristyle, 18 m high, is supported by a forest of columns, which extreme slenderness was made necessary by wind tunnel tests designed to verify the following: 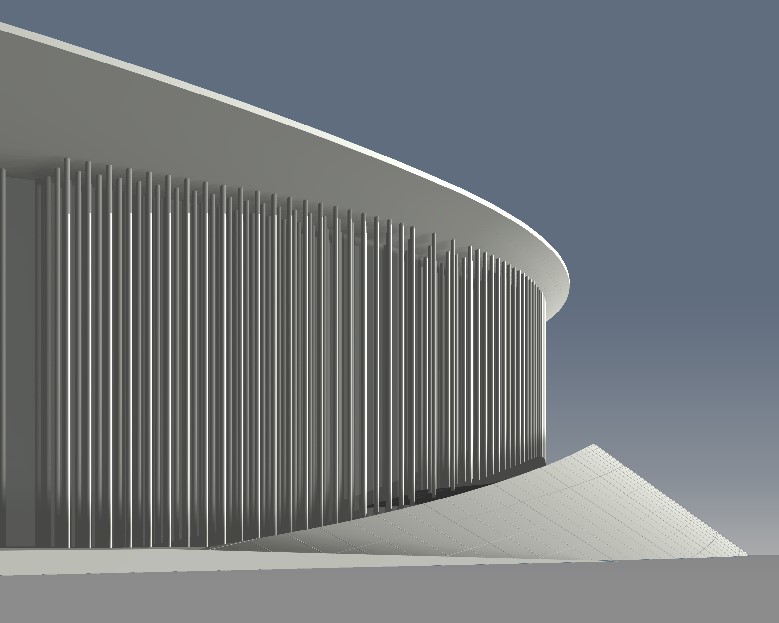